In previous posts I have mentioned that everyone should travel solo at least once in their life. I, of course also love travelling with friends and family (my sister, who is both, has been my main travel companion of late!). However, I do also feel that there are many benefits of travelling with a tour group (whether this be ‘alone’ or with a friend). I have now travelled on four different tours around Europe (spanning from Barcelona to Venice to Munich and even throughout Eastern Europe) and now feel I can pinpoint my favourite reasons for choosing to be a ‘GIRL ON TOUR’.

My main reason for initially choosing to travel with a tour group was that the whole tour is organised for you. Your transfers, accommodation and sites are generally all chosen prior to you even putting down that deposit. This takes away the scary and overwhelming task of choosing where to stay, how you’re going to get from A to B and ensures that you are (most likely) to make it to all the countries on your tour without missing a connection or forgetting to organise a late check in. When I was a first time traveller this was just what I wanted – easy peasy and someone else to make sure I wasn’t left on the side of a truck stop Tesco in the middle of Slovakia (this very nearly happened- even on a tour…).

Most tours are tried and tested and have been running for many years. This means that they have figured out how to pack the most (and best) sites into a very short period of time. Generally, they have chosen the route for a specific reason, and have come up with the most practical way to ensure you are able to see what you want at each destination. Accommodation is also tried and tested, so you are (hopefully) not going to have to spend a night on the outskirts of Pamplona, a 40 minute taxi ride to civilization or any decent food (this seems to have become a post about my most recent travel horror stories… but I digress).

Your tour guide is also there to deal with any issues with accommodation and organising restaurants and sites – which is most helpful if the language barrier is strong! I always try to learn a few words and phrases (and I like to pretend my Deutsch ist fantastisch), but sometimes if you are failing miserably or if you are visiting 7 different countries with 6 different languages, it’s helpful to know that someone else is stuck with speaking with the ‘important people’.

Most Travel Tour Guides will also be able to give you insider knowledge, as they have likely been on this exact tour 5, 6, or 20 times and know every city inside out. They also may have their own stories that they decide to share with you, that can often be more interesting or relate-able than any information told by a site guide.

My latest tour went through Eastern Europe and had a day stop at Auschwitz and Birkenau. My tour leader happened to be Jewish and prior to us arriving at Auschwitz, told us a very moving story about one of her friends’ relatives who were survivors of Auschwitz. Her friends’ relatives were twins who were worked on by the ‘Angel of Death’, Josef Mengele. He is known for performing horrific experiments on prisoners in the concentration camps. He chose these twins, as he hoped to make them healthy enough to conceive children, then murder them at different times in their pregnancies to see what happened to their foetus’ throughout birth. Obviously horrific, the fact that Mengele wanted to experiment on them evidently saved their lives, as they were given food and kept in a much healthier state to other prisoners in order to conceive. They then were saved in the liberation prior to getting pregnant. This story was so much more moving and resonated in me more than anything I could have gained from our Auschwitz tour guide (even though she was good too!).

Meeting new friends is probably the main reason that people decide to travel with a tour group. They know that they won’t be alone, and they are likely to be travelling with people who are similar minded and similar ages. Australian tour companies like Contiki and Topdeck have an age limit (35) and because of this also have a ‘party tour’ reputation which may also entice many people. To be honest, I have found this to be both true and false. My first tour was a Contiki tour, and I was the youngest (18) and while many people did like to have a few drinks or head to a pub once getting to the hotel, most of this group were more focussed on the history and seeing the sites of Europe. It all depends on the type of group and how you all get on together. I (and I’m sure every person who has ever been on a tour would say) have made life long friends from all over the world who I still message now 5 or 6 years later.

Also, if you are party inclined, there may be a free row of shots for your group shouted for by your tour guide..

There are definitely many benefits to every form of travel. Travelling on tour is not for everyone- I know many people who would much rather book every little detail themselves (and most of the time, I’m one of them). I think I may have dragged my sister to her very last tour over Christmas as the ‘tiny hostel bed’ and being told to get up at 6am might NOT be her idea of the ideal holiday. However, travelling with a tour is extremely fun and exciting if you embrace all the different kinds of people you meet, and still ensure you do what YOU want with your free time on tour.

What did I miss? I’d love to hear your favourite stories from travelling abroad with a tour group!

3 thoughts on “Why You Should Travel On Tour”

After conquering the city streets of London, then spending the next year lying on a beach on Fraser Island in Australia, I’m now in the snowy mountains of Canada to continue my detour and document my travels abroad. I’m a lover of Christmas, binge watching TV shows, making yogi shapes and drinking far too much red wine and prosecco. Follow my adventures as I embrace the detours as a twenty-something. 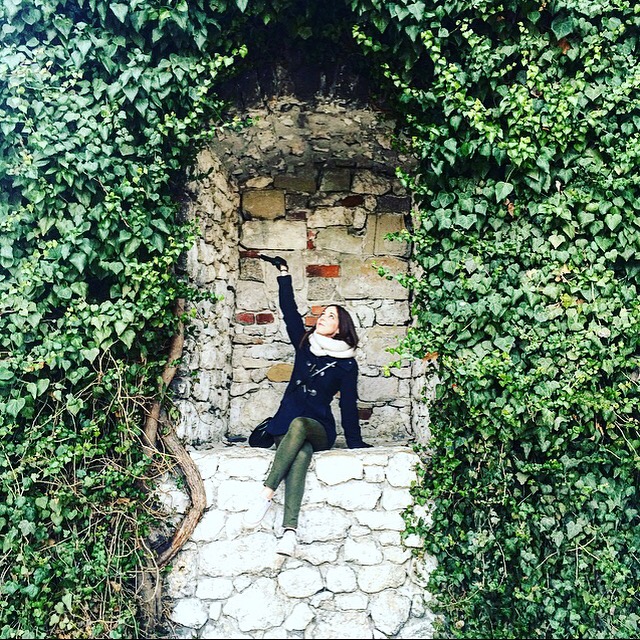