There’s a little Eurotrip humour for you there (if you haven’t seen this movie, shame on you and go watch it immediately!).

As I walked into Bratislava, Slovakia there was (somewhat disappointingly) no dog holding a severed human hand in its mouth, and unfortunately “a dollar and 83 cents American” does not get you a suite in a top hotel. However, this small city is surprisingly idyllic and I think if you come with zero expectations, it will pleasantly surprise you.

If the view from Bratislava castle isn’t enough to entice you – even under a romantic haze of fog- then maybe the striking castle gates might. 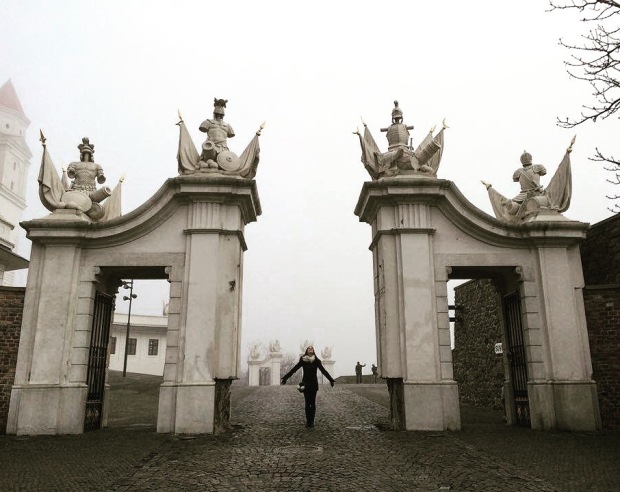 There was no need to go inside the castle as the main draw card for it (for us anyway- sorry 13th century architects!!) was the view overlooking the city and the surrounding castle grounds. 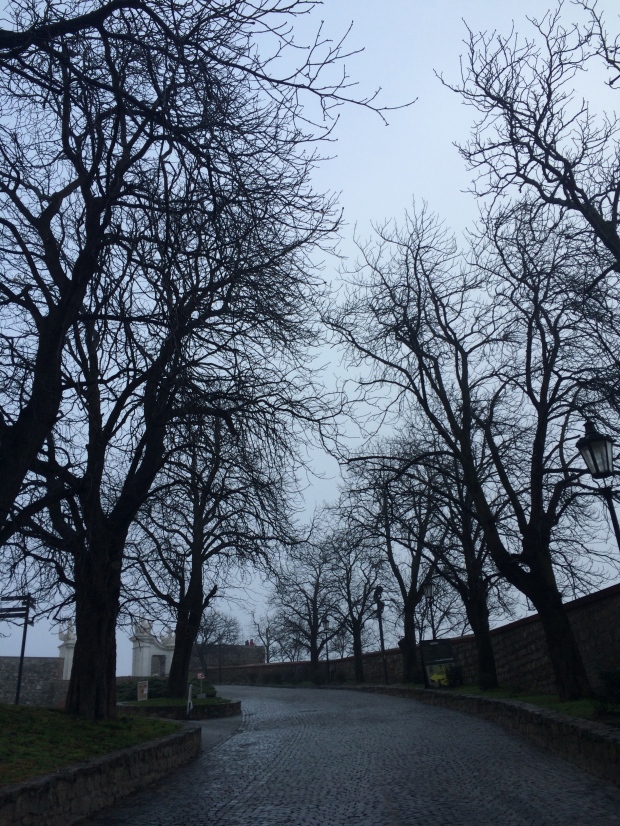 Which in the middle of Winter was hauntingly beautiful and gave me Snow White-running-through-the-scratching-forest vibes.

St Michael’s tower and the streets surrounding include beautiful pastel coloured houses and buildings daring to rival those of Notting Hill. The main town hall square of course have the usual tourist shops and knick knacks, however if you venture off to the side streets you can find little hidden gems. Or maybe even a pretty courtyard.

Bratislava also has a number of quirky statues which are scattered around the Old Town which portray notable people from Bratislava. They have become extremely popular to photograph and I may have let out a little squeal when I spotted one that was not pointed out to us. This one was my favourite as his story (as rumour has it) was that he was in love with woman who did not love him back, so he went a little mad, and frequented the town (always with his top hat in hand or head) offering flowers to passing random women.

Cokoladovna on the high street has amazing hot chocolate and I highly recommend splurging and trying one of their crazy flavoured options. Chilli, mint, orange, butterscotch, Baileys, they have it all here. Also no need for lunch after this one as it’s likely you’d have used up your calories for the full day (or week).

For a night out with a group, there is a dingy little Karaoke bar that heard far too much Lily Allen and Taylor Swift songs sung by some very off-key girls drinking cocktails. Don’t worry, we most likely won’t be there to pierce your eardrums at the time.

After conquering the city streets of London, then spending the next year lying on a beach on Fraser Island in Australia, I’m now in the snowy mountains of Canada to continue my detour and document my travels abroad. I’m a lover of Christmas, binge watching TV shows, making yogi shapes and drinking far too much red wine and prosecco. Follow my adventures as I embrace the detours as a twenty-something.

There are worse places to wait out the apocalypse, I suppose 💙 Taken on our daily lunch time walk ❄️
Fingers crossed the ice doesn’t crack 🤞🏼 Still crazy that this is a 5 min walk from home 💙 📸 @thorney360
Weekend ride with @bun3y ❄️
Mother 👯‍♀️
🤸🏽‍♂️🌊☀️
Reunited with one of the best @frecklefart_90 💙
⭐️
Water Baby at heart 💧 📸 @frecklefart_90 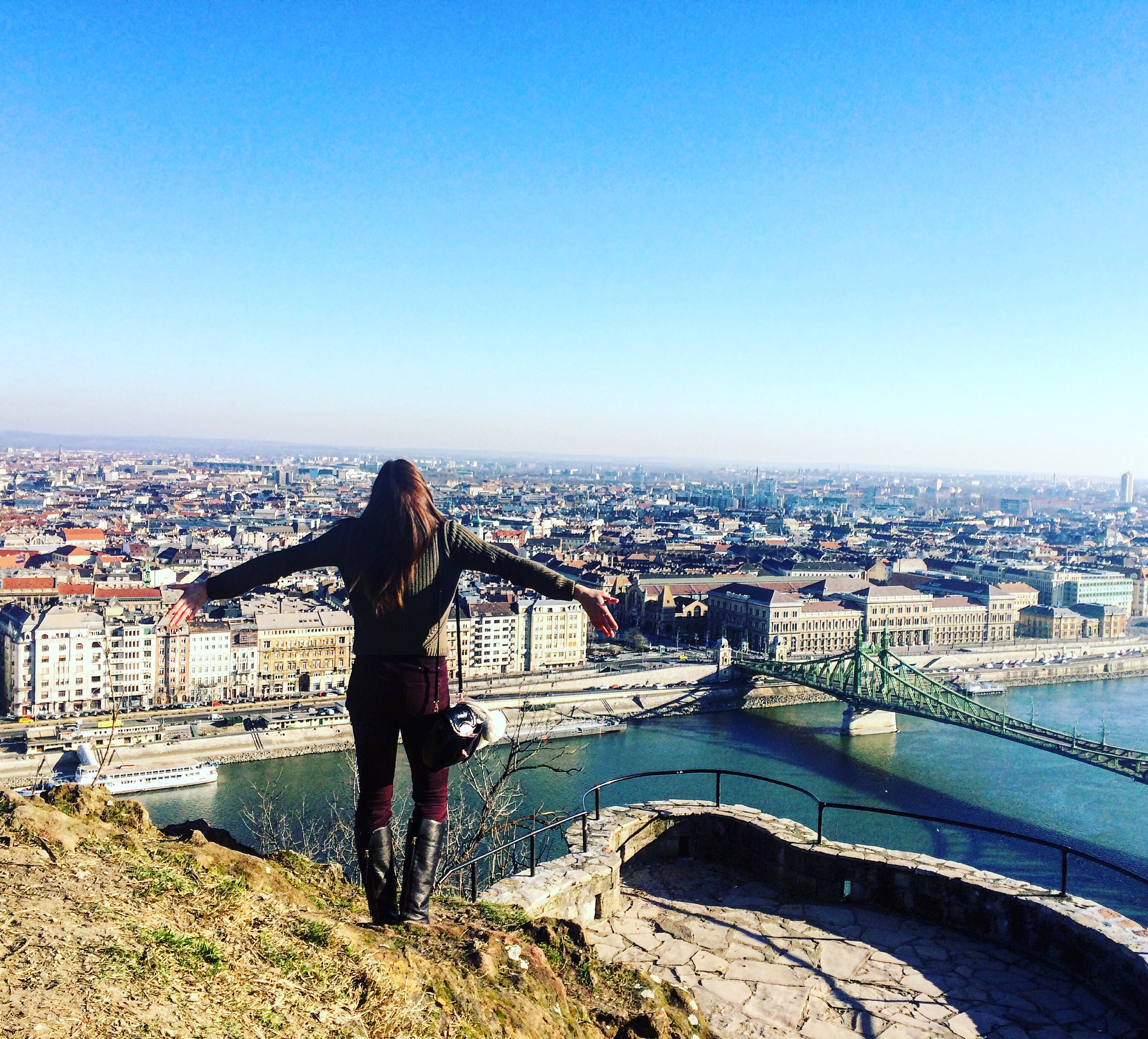